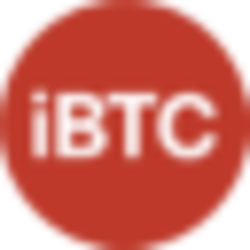 Inverse BTC by Synthetix Inversely tracks the price of Bitcoin through price feeds supplied by an oracle. Its value freezes when it reaches its upper limit of $12600 (i.e. when Bitcoin’s value reaches $4200) or its lower limit of $4200 (i.e. when Bitcoin’s value reaches $12600). If it reaches either of its limits and gets frozen, it will no longer be able to be purchased on Synthetix.Exchange, but can still be traded for other Synths at its frozen value. At some point after it has reached either of its limits, it will be substituted for another iBTC with different limits.

As per SIP-60, account merging is now live for the next 14 days. This allows SNX stakers to merge their escrowed balances from multiple wallets. There is a simple UI for account merging now available, with instructions outlined in this thread. 1/

🎱 $ASSY will be gradually rolling out starting from today (within 24 hours): https://medium.com/powerpool/welcome-assy-the-launch-roadmap-e7775ac519b3
🎱 Stay tuned for announcement and the legit contract address
🎱 Launch roadmap👇

"Synthetic assets are live: Users can include synthetic assets in their funds including commodities and stock indices such as sFTSE, sNIKKEI, and sOIL to name just a few!"

Check out their announcement below to learn more.

1. Savers who don't have time to stay on top of all the DeFi opportunities
2. Portfolio Managers who want to build, scale & monetise investment strategies

While migrating to the new escrow contract in last week's Castor release, the end of the fee period epoch was brought forward to 4am UTC, Wednesday Jan 20. This means that there is just under four hours remaining to claim any staking rewards for this epoch. 1/2

It was f*ing hard not to tweet during our release. We deployed @synthetix_io to @optimismPBC mainnet L2. It was the culmination of months of extreme hard work, and an astonishing team and inter-team effort. I can’t believe that this milestone is now in our past. https://twitter.com/the_ethernaut/status/1349528617634721793

I too will not be tweeting again until $ETH hits all time high.

Strong first couple of days of @synthetix_io cross-asset swaps on @CurveFinance with over $3m in volume consistently having the best prices from high five figures and up on ETH/BTC/USD/EUR pairs.

Here we go! Large block trades can now leverage the lack of slippage on Synthetix to trade from ERC20 to ERC20 via intermediary synths. (E.g DAI to renBTC would start with DAI to sUSD, exchange the sUSD for sBTC, then swap sBTC > renBTC)

Cross-asset swaps via @synthetix_io are live!

ATTENTION! Please be aware that #Synthetix is not doing any airdrops, loyalty rewards or anything.

PLEASE DO NOT AUTHORIZE ANYONE TO SPEND ANYTHING ON YOUR METAMASK! SCAN ALERT!

ALSO SYNTHETIX CORE CONTRIBUTORS AND GUARDIANS WILL NEVER ASK FOR YOUR SEED OR PRIVATE KEYS!